This year was the first year that our twins each had their own birthday party with friends.  In the past, we always combined the parties and simply invited family and maybe a few friends.  I knew this day would come 🙂  Ben’s party was at Lazer Lanes where he played mini-golf, games and lazer tag.  Sydney wanted a much different party.  It was fun to do such different parties and to give them each their own special day!

I love that my daughter loves art.  It is in her blood.  When she asked to have a painting party, I jumped on Pinterest, and the rest is history.  First I took her picture for the invitations… 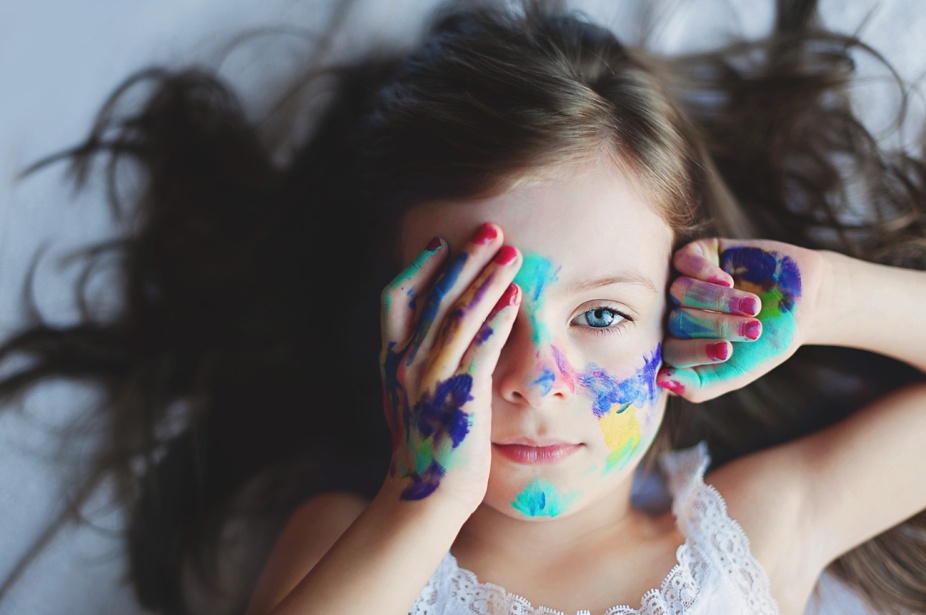 Then I asked my super awesome sister to make me some horse stickers for the canvas.  She used her cricket and some sort of all weather vinyl.  She is awesome.  Without her I wouldn’t be able to create or plan half the things I do!  I bought some canvas bags from Hobby Lobby and used stencils and fabric paint to put the girls’ letters on their bags.  Then I bought fabric and ribbon from Joann’s Fabrics to make their aprons.  I didn’t use a pattern for these-they are essentially a square and a rectangle.  Buying the material in bulk kept the cost down and I was able to gift each girl an apron, along with her painting and bag for party favors.

Then I made a quick sign for the door so that people would know they were at the right place for the party.

Other decorations included free paint samples from a local paint department and a couple $5 flower bouquets from the grocery store.  I came across the flavored (make your own) icing at Wal-Mart, and since we were doing rainbow flavors anyway, I thought we would try them out.  I was a little disappointed at how mild the flavors were.  They all tasted like white icing except for the mint.  The orange was barely orange.  I would maybe suggest 2 flavor packets to one can of icing.  I also made some rice krispie treat paint brushes.

Then I laid out canvases and palettes for everyone, and the rest was up to them!

The girls were so quiet and painted with such intent.  It was adorable.

My baby girl was smiling the whole time.  She was in her element and she was with her friends.

We then had everyone paint on one big canvas for Sydney to keep.  I thought it turned out really cute!

And if your mom is a photographer, you’re gonna have a photo booth at your party.  That’s just the way it is 🙂 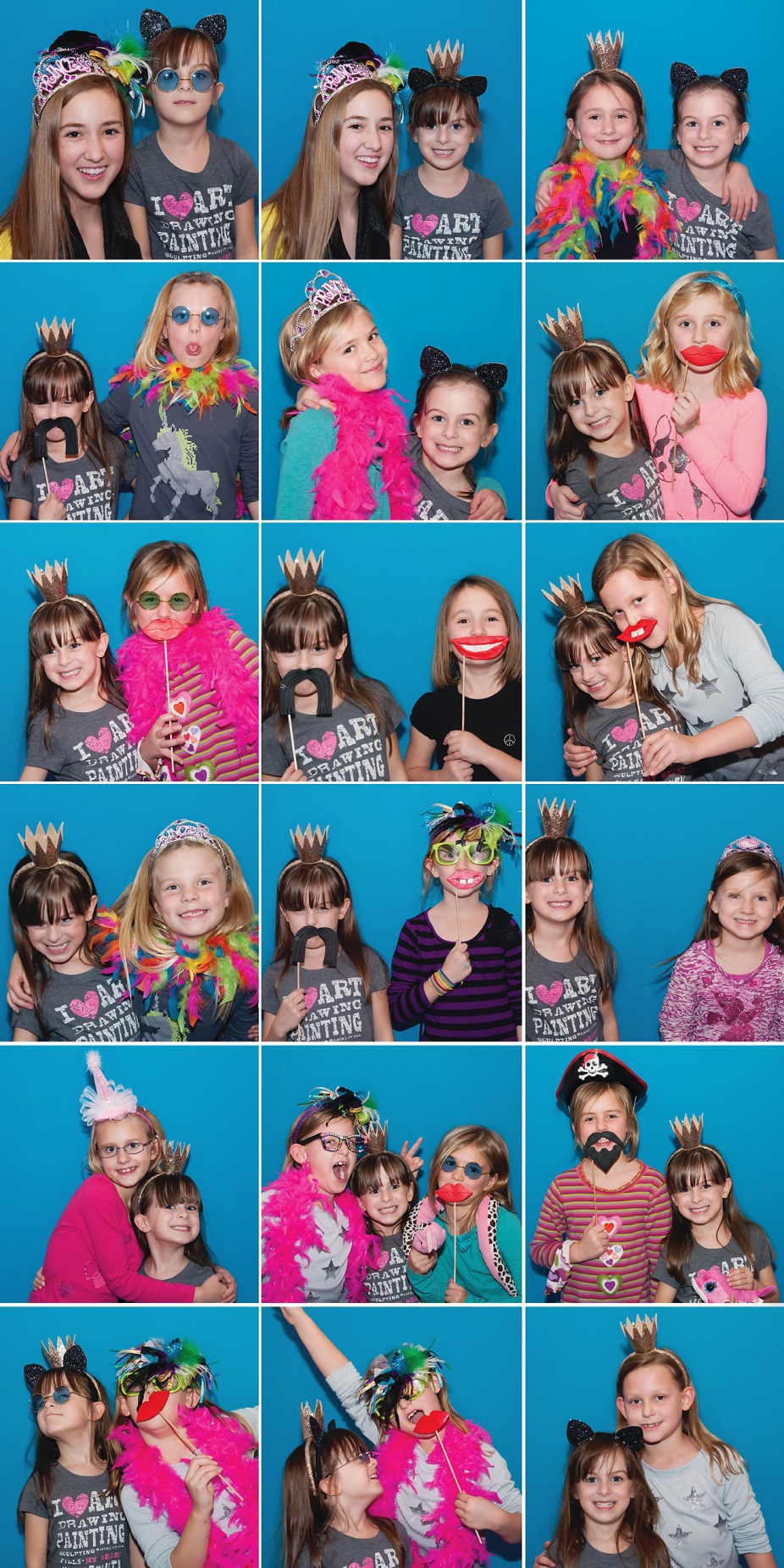 Look how great everyone’s paintings turned out!  I hope everyone had fun.  I know that Sydney did.

What a lovely Fall day for a photo shoot with this adorable family! 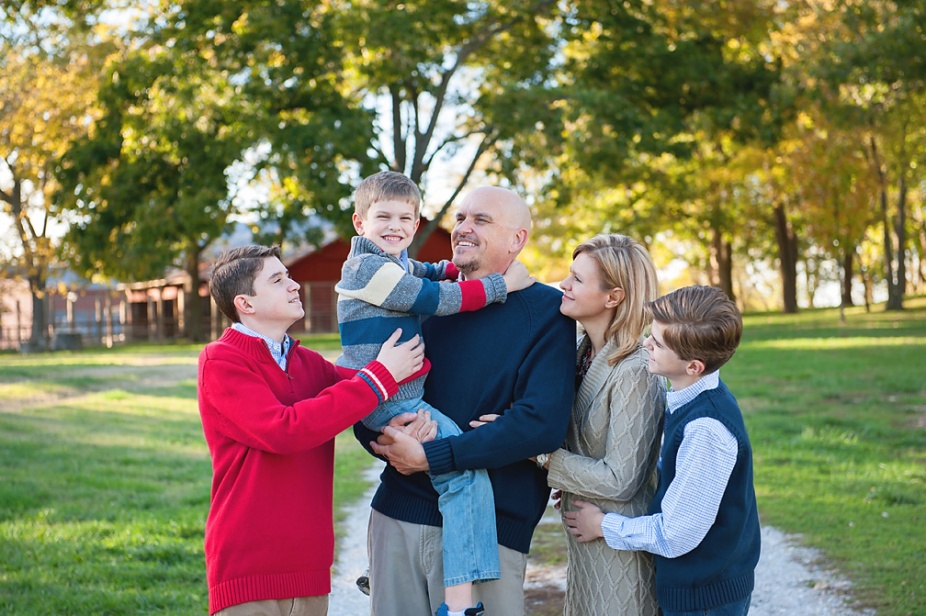